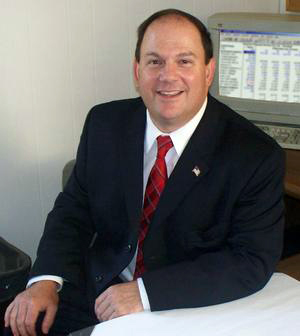 Plymouth County Treasurer Thomas J. O'Brien was unanimously appointed as Treasurer in August, 2006 and was overwhelmingly reelected to the position in November, 2008. During his tenure, Tom has created hundreds of thousands of dollars in new revenue for Plymouth County, established new procedures for accountability, and worked toward regionalization efforts designed to help local municipalities. Recently, Tom earned his CMMT designation from the Massachusetts Collectors and Treasurers Association.

As Chairman of the Plymouth County Retirement Association, Tom has worked closely with his Board to preserve, protect, and invest the assets of the fund for more than 9,000 members and 3,300 retirees. Under his leadership and direction, the fund outperformed the state retirement fund four of the last five years and is on track to outperform again in 2013. During each year of his tenure, Tom and the Board have adopted cost of living adjustments for retirees. Additionally, Tom worked with the Board to successfully broker a compromise with member units regarding the FY11 assessments which resulted in a decrease in the assessments for most members for FY12. Tom and the Board also host numerous seminars and meetings with local working groups in an effort to keep them up to date on various financial and legislative developments. More