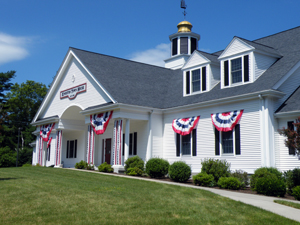 Plymouth County is a statutory county and as such operates under a combination of the Massachusetts General Laws, special acts of the Legislature, by custom, and by directives from various state executive offices. Most of the statutes applicable to our form of county government are found in Chapters 34, 35, 36, and 37 of the General Laws.

Like our fellow "statutory" counties of Bristol and Norfolk, the general executive authority of the county is vested in a three person board of County Commissioners, two of whom are elected in "presidential" election years, the other of whom is elected in the "gubernatorial" election years. In addition to the Commissioners, there is one elected Register of Deeds and one elected Treasurer for the entire county. The County Sheriff is elected by the voters of Plymouth County, although the Sheriff, and staff are state employees. Similarly, the Clerk of Courts is elected by the voters of the county and by statute is the clerk of the County Commissioners in spite of the fact that the Clerk of Courts has been a state official since the Court Reform Act of 1978.

The general powers of the County Commissioners are derived from MGL Ch. 34 §14: the authority to represent their county, and to have care of its property and the management of its business and affairs in cases where otherwise not expressly provided. Each "full-time" elected official- the Register of Deeds, the Sheriff, and the Treasurer - exercises direct day-to-day oversight of their respective department. The remaining departments which fall directly under the control of the Commissioners are run on a daily basis by a department head - as in the case of the Extension Service or Maintenance Department - or by the County Administrator, who is responsible for the day-to-day oversight of the Commissioners' office, other general affairs, and otherwise assists the Commissioners. The County Commissioners also act as the personnel board for the County of Plymouth.

The annual budget for all departments for the County of Plymouth, is prepared by the County Commissioners, as per MGL Ch. 35 §28 (a), (b) in cooperation with Elected County officials and Department Heads.

Initially, each department head submits a proposed budget to the Commissioners, who then review and modify each department's budget as necessary. The budget per MGL Ch. 35 Sec. 28B after approval by the Plymouth County Commissioners. The budget is then submitted for either approval or amendment to the Plymouth County Advisory Board on County Expenditures for final review and approbation.